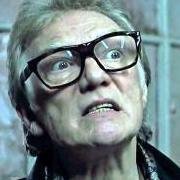 I can’t see it happening. We are an absolute joke and it’s depressing. We know the price. Pay it or sign someone else 2 months ago. They are not giving me a COVID discount off my season ticket! (If I

Silvestre has become a little underestimated over time due to how bad he was after he left us + how good we became when he lost his place. I liked him at LB in particular.  Nutted Ljunberg as wel

I can Muppet with the best of ‘em